A chocolate fan or 90’s kid might relate the Yowie to chocolate shaped out of little plump creatures. Well, I did. But at the back of my mind the ball started rolling to uncover the story, I’d heard in passing, to look into it a little further.

Although before the 1990’s, long before that, embedded in the story of the Australian Aboriginal people. Is a story of a very tall creature, covered in red hair, like a Homo Erectus. That’s a scientific term, for an extinct humanoid creature. The Yowie is similar to the Bigfoot, and similar creatures across continents. They live in family groups, male and female of the species are similar physique to male and female, homo sapians (humans). Reports say Yowies speak in growling voices, in a foreign language, a report described it as Latin.

These creatures have been very elusive despite having been seen since prior to colonisation and has been part of cave drawings where koalas and kangaroos were drawn. Displaying the Aboriginal people believe this creature to have existed in the real world. Although a lack of evidence as paleontologists found evidence of 40 Homo Erectus and Homo Sapiens in Kow Swamp near the Murray river. Yowie bones have not as of yet been found, unless they are Homo Erectus bones. Mysterious tracks have been found and creatures sighted including disappearances of people that have not been explained.

This leaves Yowies open to all sorts of theories from it was a story to explain an unknown, through to a trans-dimensional creature. Bright Garlick discusses in the Youtube video below his encounter with a female Yowie person, called Tareatha, who has a deep growling voice.

It does appear the Yowie comes in and out of our natural world, and one thing we know about ghosts they’re able to travel too, and some leave physical evidence behind, like moving things, and if the Yowie, a form of the Homo Erectus is a ghost travelling across the land, planting their feet in our soil and engaging with the land they loved, is it so implausible? If we accept there are ghosts of humans (Homo Sapiens), and animal ghosts, could the Yowie be the ghost of the extinct Homo Erectus?

Or was the Yowie simply a story that the Indigenous people told to create boundaries on the young people and keeping people close together. When the colonisers came was it a fear of the unknown and seeing big scary creatures that was played upon by the stories from the local people? What do you think?

You can read records of people seeing Yowie’s dating back to 1900s at Australian Yowie Research. 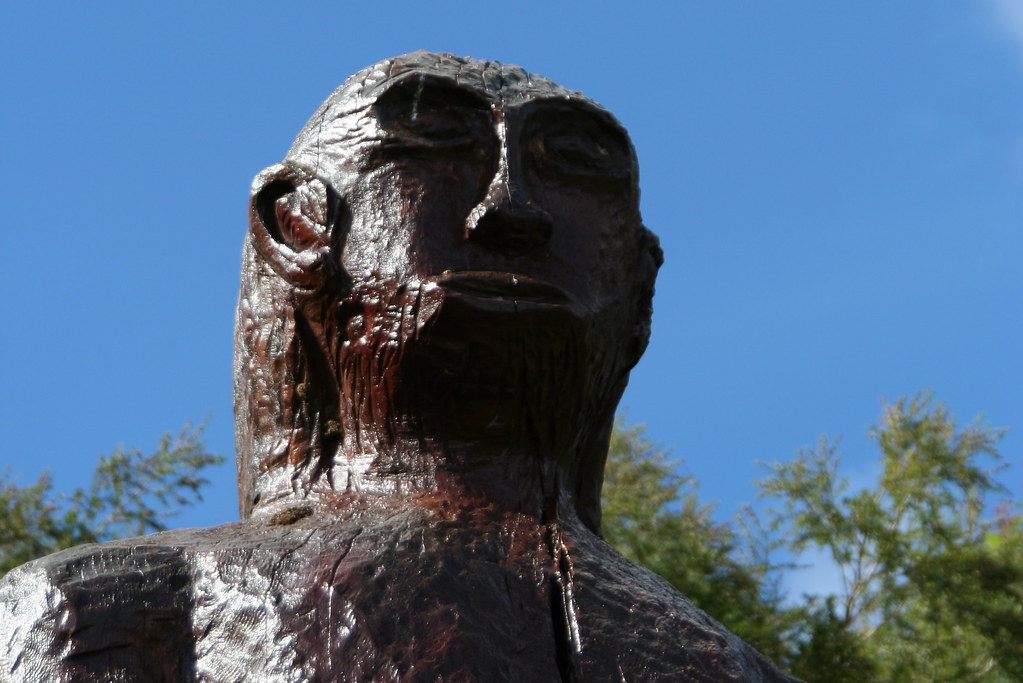 This picture is of a statue in Queensland where lots of Yowie sightings have occurred.