The history of Morwell’s name

Morwell (Morewell) is a version of the Gunai-Kurnai words – More willie meaning Woolly Possum. This was orginally the name of a homestead built on beside of the Morwell River in the 1840s.

The shire of Morwell was established in 1892. Stephen M. Legg for the Morwell Centenary in 1992 wrote a book called the ‘Heart of the Valley’. He writes about the natural beauty surrounding Morwell. “Three imposing features provide the natural setting for the 650 square kilometre Morwell Shire – the Eastern Highlands which for the backbone of the country to the north, the Strzelecki Ranges that rise to the south and west and the Gippsland Basin which lies between them. These three landscape elements form a natural ampitheatre in the west, with ramparts surrounding the easterly flowing Latrobe River and its tributaries on three sides.”

Morwell was discovered by Europeans in 1840

The pioneers McMillan found Morwell in 1840 and was set up as a changing station for the horses or stage coaches on the way to Sale before the train line was put through in 1879. Farmers came in droves, clearing land planting crops.

Coal was found all over the valley and many companies emerged between 1886 and 1894. Coal was a very expensive venture and didn’t take off until the Victorian Government bought up all the coal licenses in 1916. This move was prompted in part due to coal miners strikes in Newcastle (NSW). 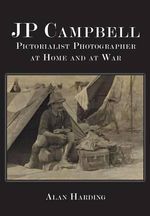