The Day of the Dead is November 1st.

The day of the dead is a celebration of the lives of the deceased enjoying it with food, drink, parties and activities the dead enjoyed in life. A day where the dead are awakened to participate in celebrations with their loved ones.

Skeletons and skulls dressed up in colourfully portrayed a love of life are the symbols for the day.

It’s such a colourful day


History of day of the dead

The Day of the Dead is a 3000-year-old tradition. The Aztecs the rulers of Central Mexico for 200 years from 1300 -1500’s shared their customs with the local people. When the Spanish came they introduced Catholicism. Through these two cultures colliding the ‘Day of the Dead’ emerged. The Aztec contribution to the Day of the Dead. The Aztec death and burial customs were the first place to look for some insight into the meanings behind the rituals and festival. Aztec’s believed the death is a continuation of life.

The Aztecs were said to have practised human sacrifice, one form involved slicing from the lower abdomen right through the rib cage to the throat wrenching out the beating heart. The skulls were kept on a rack or made into masks. This might explain some of the symbols being used as skulls and skeletons – or not.

The Catholicism contribution was the Solemnity of all Saints, or All Saints Day, it’s when they remember those in purgatory awaiting purification for heaven. It’s unclear when it started, however, there is a story of a Pope on the 13 of May 609 blessing the Virgin Mary and all Martyrs and having a feast afterwards. It may have been the origin.

Books about the Day of the Dead 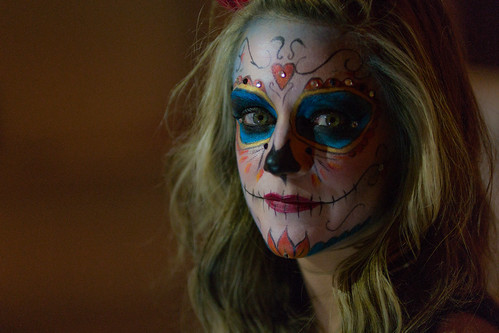